Laci Minton can’t legally drive a car, but that doesn’t stop her from regularly ripping down the straightaways at 95mph every Sunday night at Kentucky Motor Speedway. At 13 years old, Minton is regularly beating the competition: men often three times her age. She has racing in her blood. Her grandfather raced, her father did too, so when Laci took an interest in NASCAR racing, her father was quick to get her involved. That decision led to an already fruitful racing career: Laci won the points race at Kentucky Motor Speedway last year. She was not only the youngest winner ever but also the first female to do so. 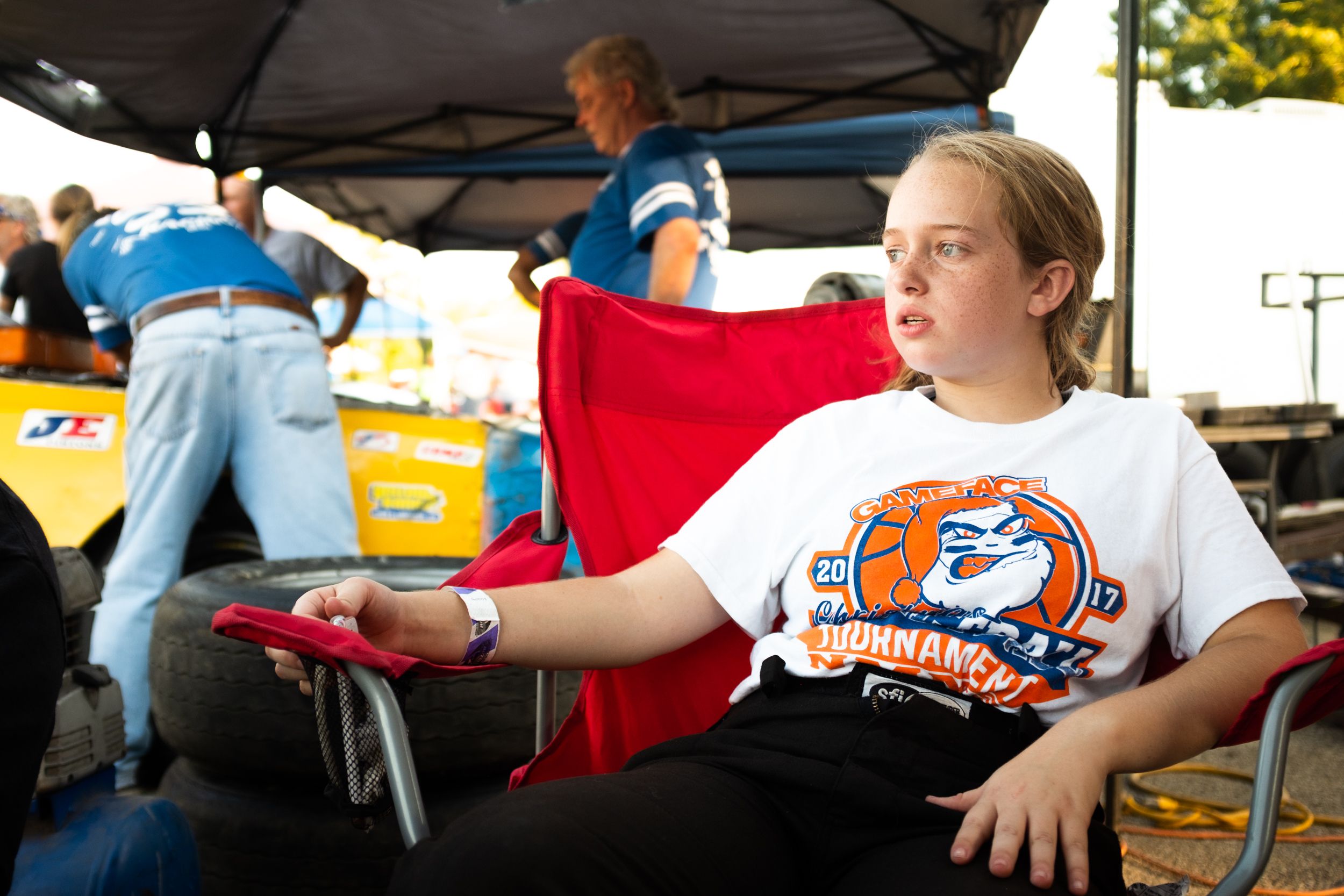 Laci Minton, 13, is the youngest driver at Kentucky Motor Speedway on Sept. 2, 2018. For her, this is nothing new. "Age really has nothing to do with it, maybe they've been driving a few more years than me but I can still compete" said Minton. 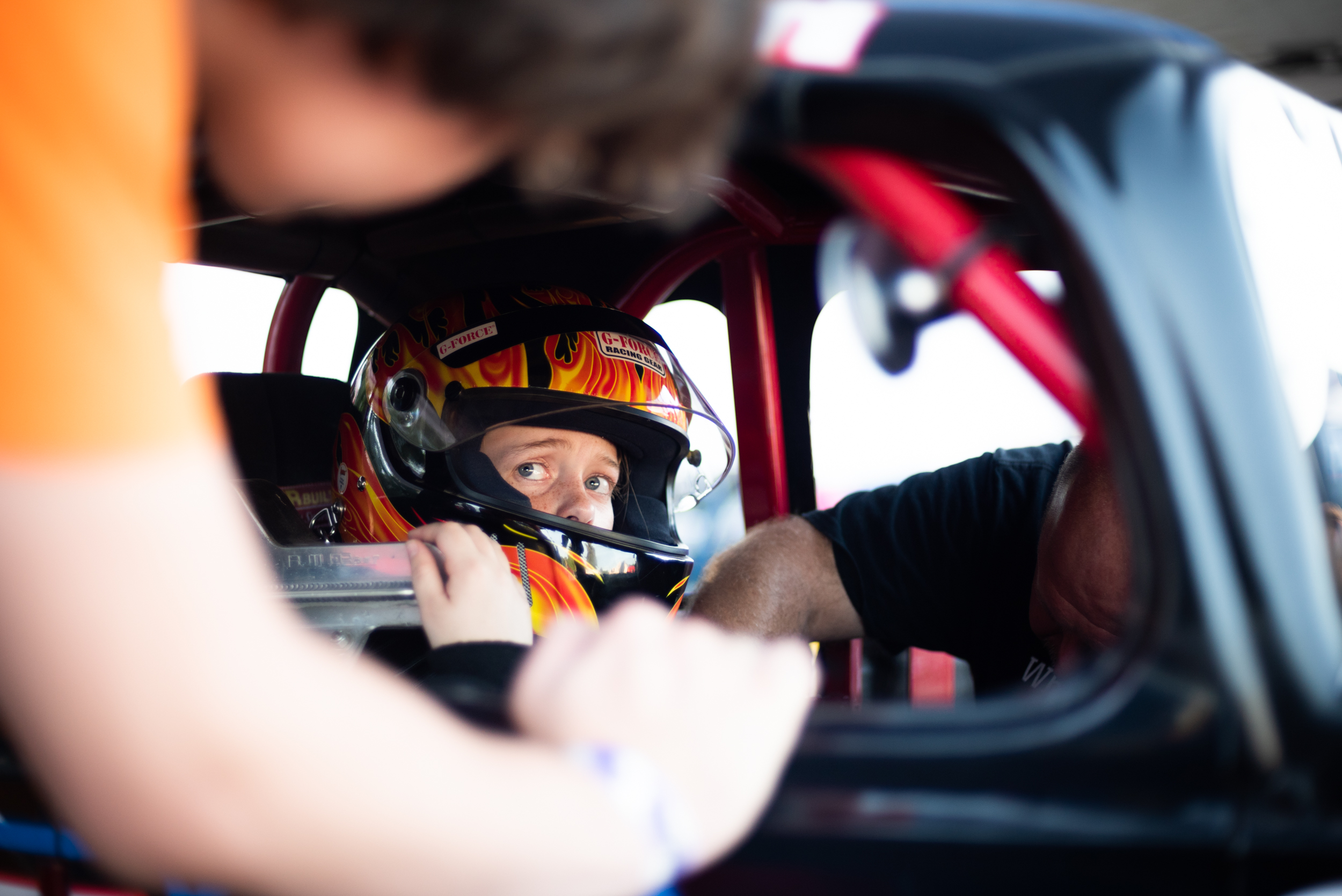 Minton talks strategy with her brother, Ethan Minton, as her father helps her buckle into her racing harness. 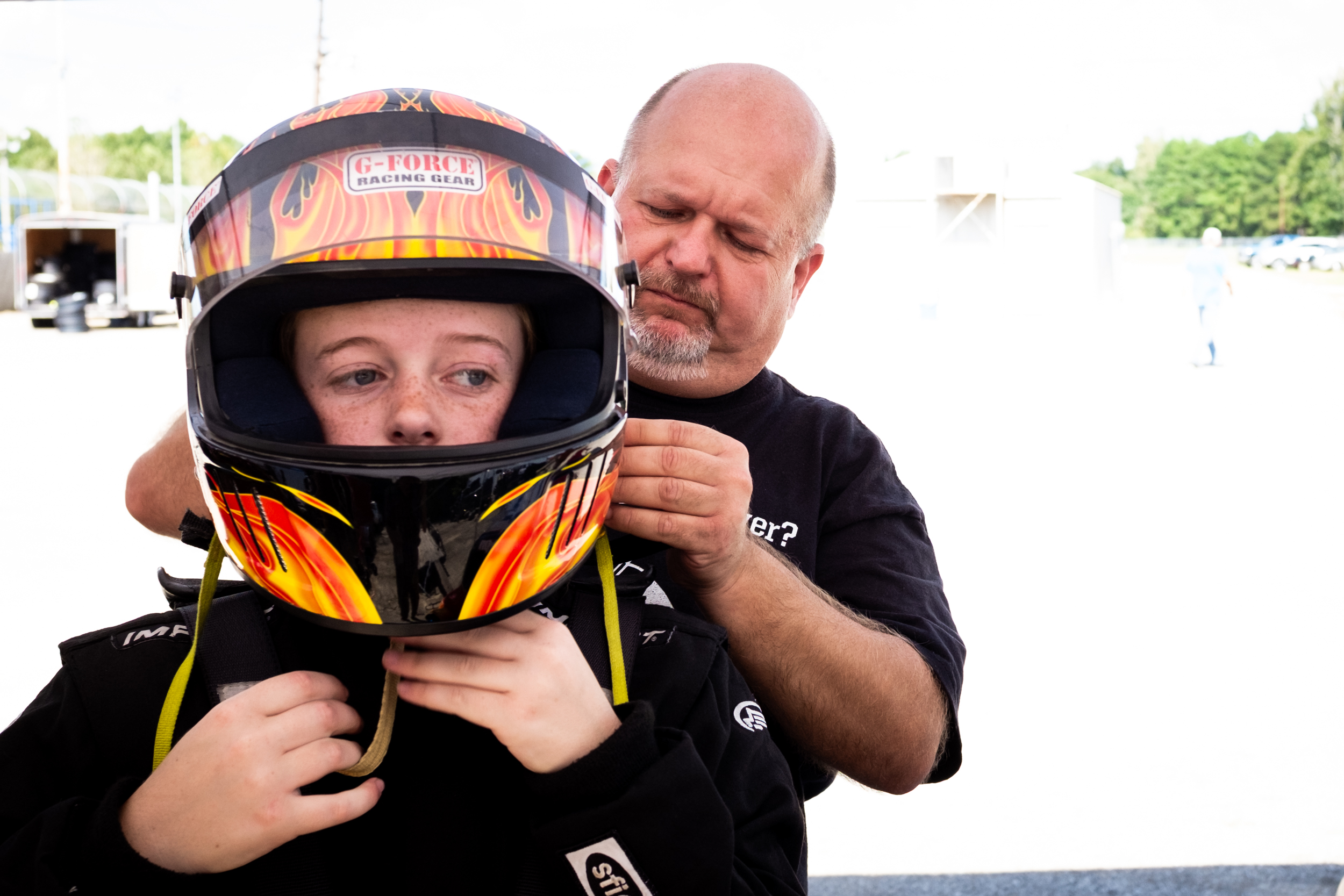 Lee Minton, Laci's father, helps Laci secure her helmet before going out onto the track for qualifying laps. 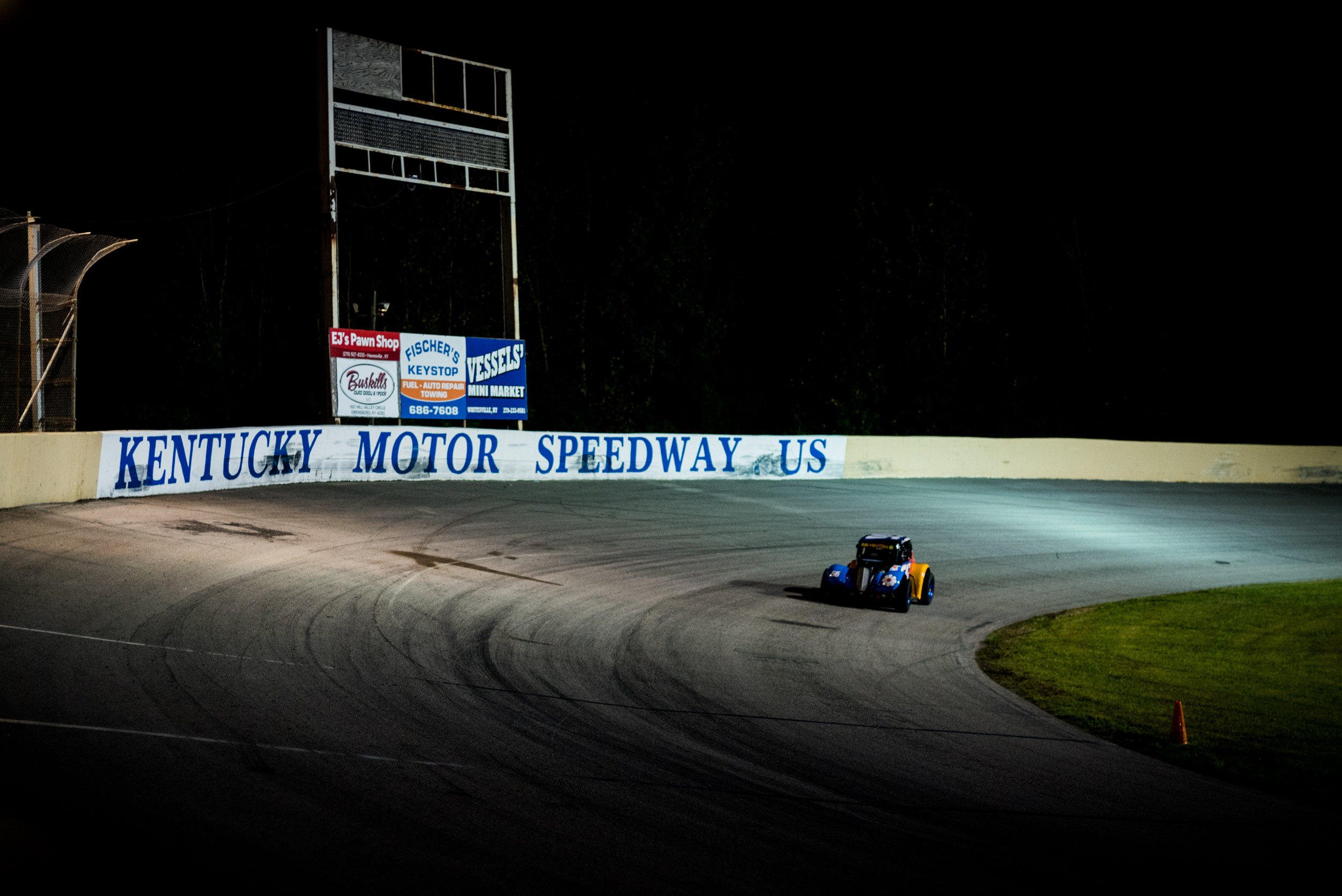 Minton passes turn three during her last race. She reaches speeds in excess of 95mph down the straightaways. 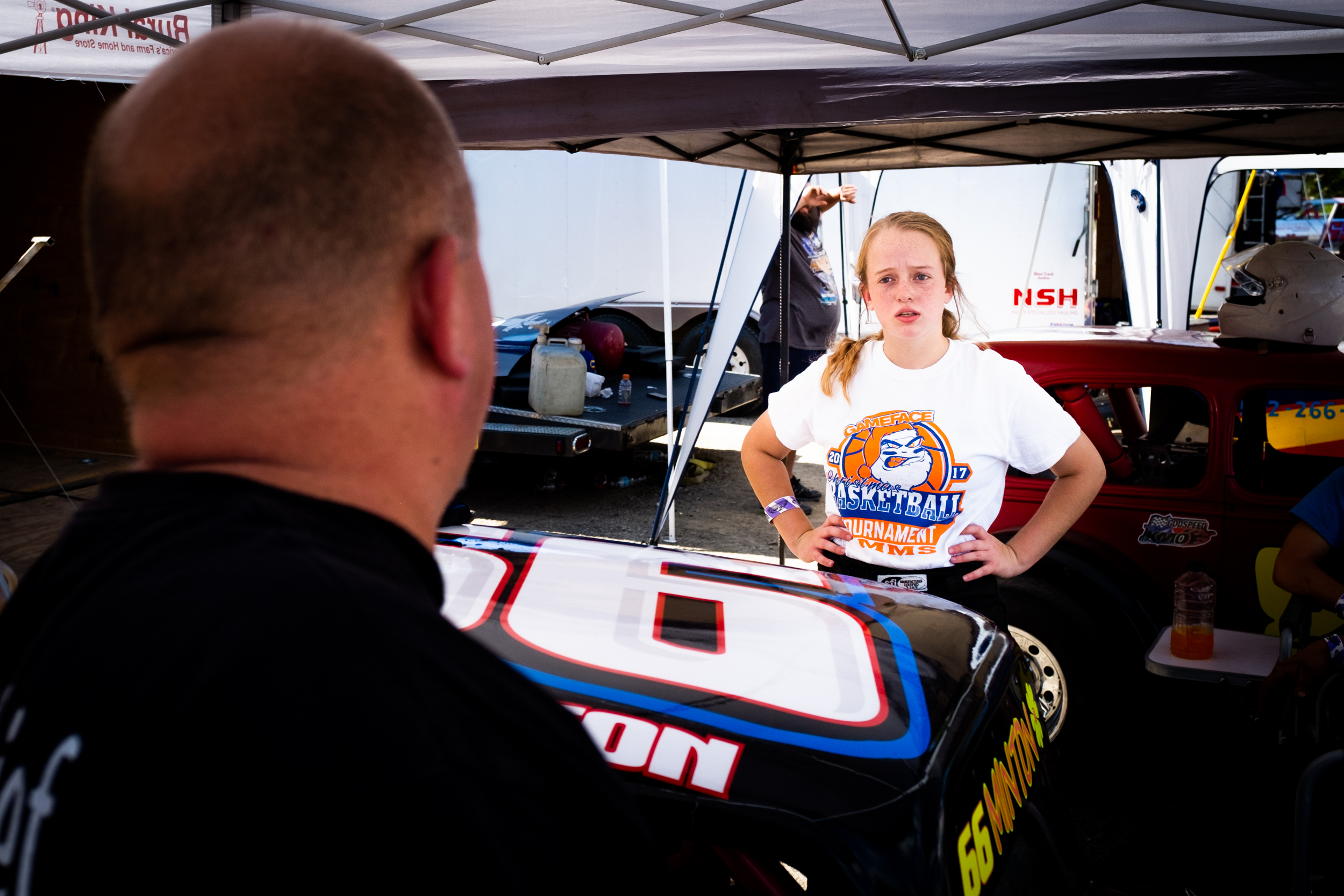 Minton argues with her father, Lee Minton, after spinning out during the warm up laps. "That track is slick as butter right now and there's no way it's cooling down before the race" said Minton. 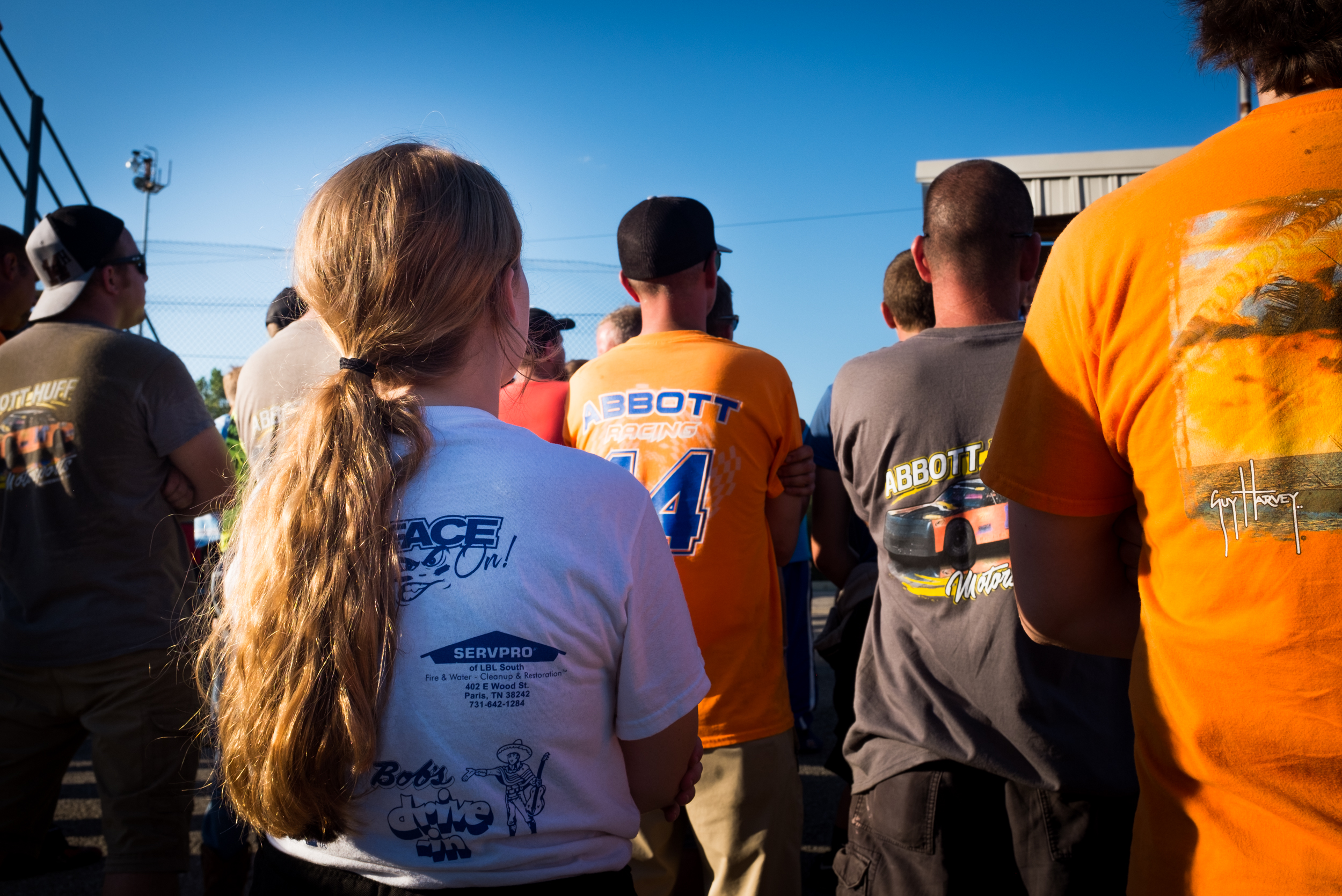 Minton struggles to see over the shoulders of other drivers during the preliminary driver's meeting. Minton learns that she qualified in 2nd place, meaning she will start the race near the front of the group. "I usually stand up by the front so I can see everything" said Minton. 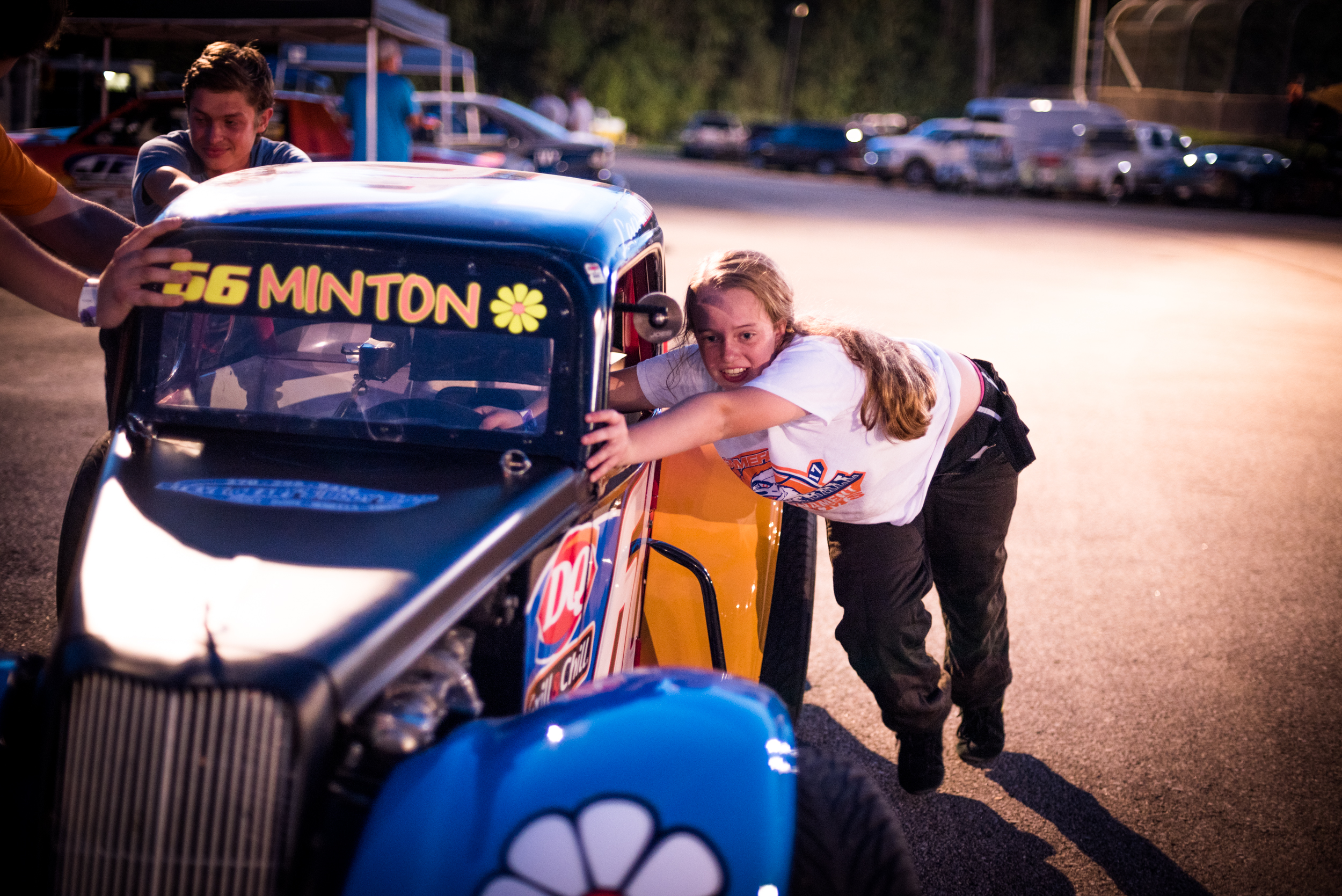 Minton turns her car around to back it into the pits after placing 2nd in her first race of the night. Minton started her career almost a decade ago racing go-karts on dirt track, now she races legends cars, smaller scale race cars powered by large motorcycle engines. 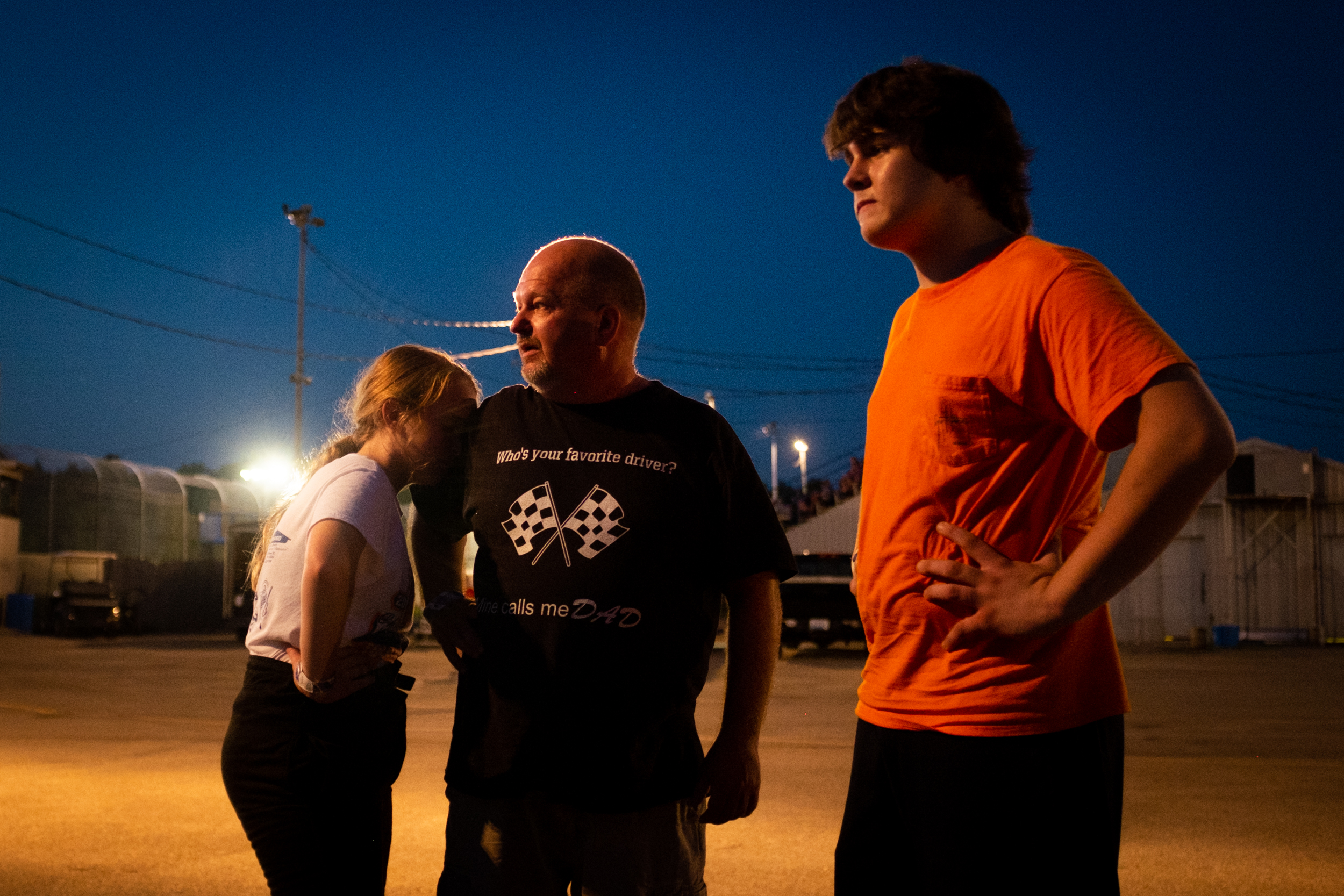 Laci Minton is consoled by her father after placing 2nd in a race at Kentucky Motor Speedway on September 2nd, 2018. “I coulda won that” said Minton. “I just let off the gas a bit too much on the turns.”